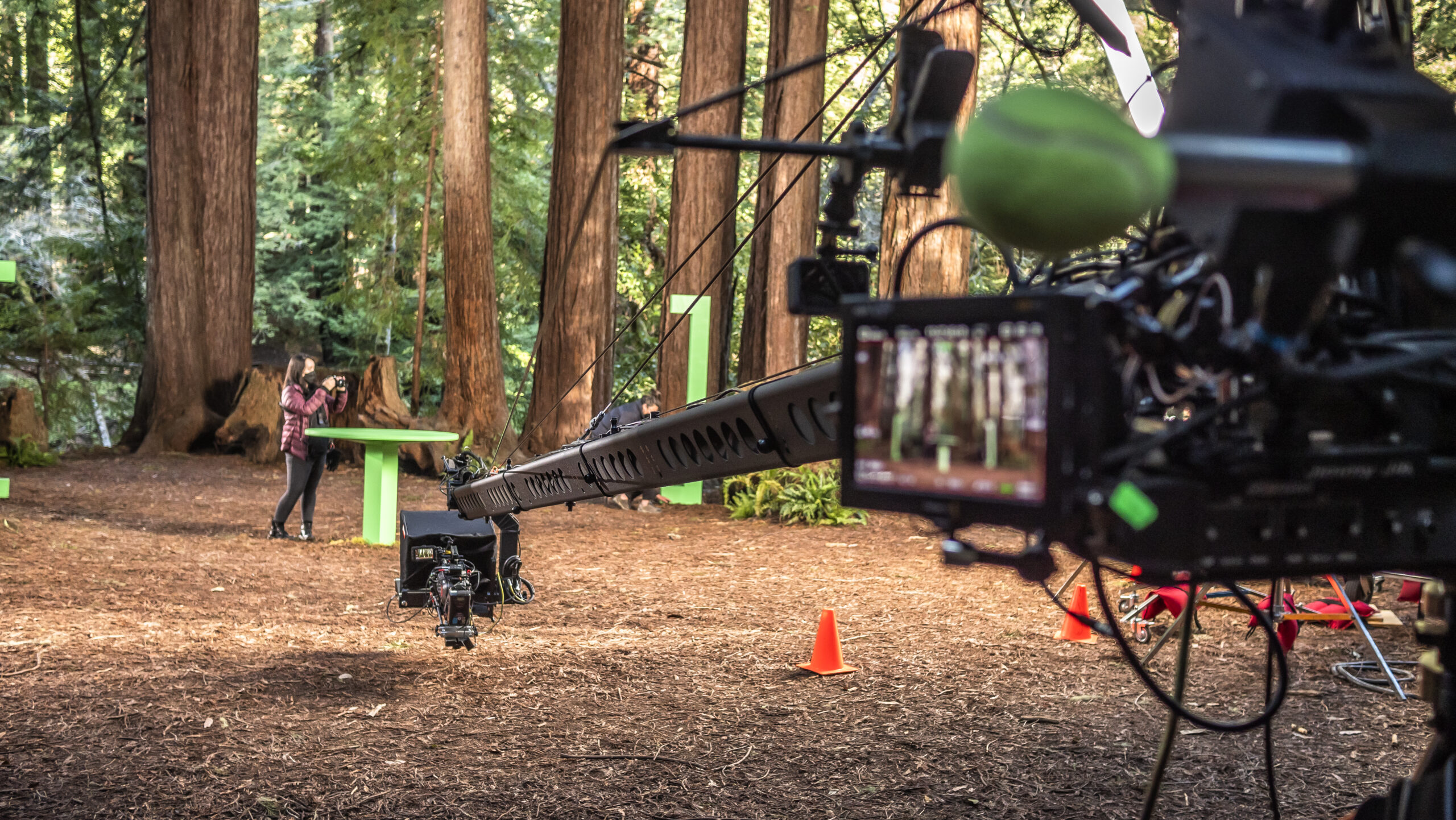 As the Slow Clap team gets ready for 2023 (wow, we never thought we’d make it but here we are), we took some time to reflect on 2022, the busiest, craziest, most fun year in our company’s eight year history of making videos. Take a look at our year condensed into one minute:

Our first assignment of the year got us out of the office, and into the water. We partnered with the Port of San Francisco, a longtime client of ours, to produce a video highlighting the fisherpeople of Fisherman’s Wharf, who recently started selling live crabs right off their boat. Tourists and locals alike really enjoyed gaining access to the “working Port,” and getting to talk directly to the folks that catch the crabs. It’s like an open air farmers’ market on the wharf.

Our longtime client Ironclad tapped us for yet another virtual event production (the first of three in 2022). Last time we worked with them, we got to film at the Port of Oakland on a tugboat. We figured that was hard to beat. But we beat it in February by filming in a hundreds-year-old redwood forest in Marin. To capture the epic scale, we worked with a massive jib arm, and some heavy duty lighting. Always fun to pull out the big guns.

Glide is one of the coolest clients you could think up. Their no-code platform lets anyone turn spreadsheets into mobile apps, whether or not you’ve ever seen a line of code. How cool is that?

We’ve been lucky enough to partner with them to tell their customer success stories for several years. This time around, we got to go big, featuring the PGA, who used Glide to develop apps for the Ryder Cup. We captured interviews at PGA’s Texas and Florida HQs, plus even got to film some product shots and reenactments at our Oakland studio. But most importantly, this customer story video is surprising and entertaining.

Our client at Glide said it best: Their team doesn’t create videos that are off the shelf. They create something that engages the viewer emotionally.

We love partnering with our government clients like the San Francisco Treasurer. Telling stories of huge impact, like the Kindergarten to College (K2C) program’s success, gives us a chance to be part of something bigger, something that affects our community. The video we produced does just that, featuring stories of kids and parents who have taken advantage of the K2C program to save for college.

After two years spent researching, writing, filming, and editing, in May we completed the new Juror Orientation video for the State of California. Our client had this to say about the collaboration: The team was adaptable, flexible, innovative, creative, and open to new ideas and solutions.

This educational video is seen by nine million jurors a year, and is used as the primary tool to make sure we have an educated jury of our peers. The video has a shelf life of ten to twenty years. At 100+ million views, that’s blockbuster status baby!

We were also excited to simultaneously launch a documentary about the history of Jury Service as a companion piece to the orientation video. We had the amazing challenge of condensing several hundred years of history into ten minutes, and we got to learn how essential juries are to a healthy democracy.

Another huge production challenge landed in our laps with Ironclad’s summer virtual event video. Ironclad has always been thinking outside the box for virtual events, but this was on a whole nother level. The theme was 80’s high school in the style of John Hughes films like Breakfast Club and 16 Candles. So we scoured thrift stores and local area high schools to put together an authentic expression of this fun theme. We rented a high school that hasn’t been updated since the 70’s, put together a classic gymnasium school dance scene, rented a 1980’s Porsche, and so much more. Our production design team had a blast with the 80’s period pieces. There’s enough in there to watch this video 10 times before you catch all the easter eggs.

We celebrated Slow Clap’s eight year birthday party in a big way at the Alice Collective in downtown Oakland. We’ve celebrated every Slow Clap birthday with a party, inviting our clients, our team, our collaborators, and their loved ones to celebrate another year of amazing video projects, and connect over some banging food and drink. 2022 was no exception.

In August, Katy Bailes joined the team as a producer, to help lead our increasingly complex and large body of work. Katy came from the Economist’s documentary films division before joining Slow Clap, and brings her top notch storytelling skills and can-do attitude to all our projects. She’s been a huge asset to the team, and to our clients, in the short time she’s been here.

We also added Keely Liles to the team as a camera and post-production assistant. Keely brings her fresh ideas and fun personality to all of our projects.

The Slow Clap team tackled a new challenge in 2022, partnering with San Francisco Bay Area regional retail chain Beck’s Shoes to create a brand story video about their unique approach to retail. Shoe cinematography is unlike any other challenge. These are fashion items that move at ground level. But of course, the most important thing is the look on a customer’s face when they find that perfect fit, which is right up our alley.

We always reserve a portion of our calendars to partner with cause-based organizations, offering below market rates. This year, we partnered with Public Advocates, one of the first public interest law firms in America, to produce this short documentary about their 50 year history. We worked with the folks at PA for the entire year to go through decades of archival material and film several new interviews. In the end, we produced a brand film that shows how Public Advocates “makes rights real.”

In addition, after three years of development and pandemic delays, we finished a five-part documentary brand film series for the iconic Napa Valley winery Freemark Abbey. From being founded by a woman in the 1880’s, to winning top prizes at the Judgement of Paris, Freemark Abbey has been redefining what great is since its founding. It was fascinating and exciting to get to be the team to bring this story to life.

Another one of our cause-based clients is Asian Law Caucus, who we’ve been partnering with for eight years. In fact, they were our very first client!

This year, we helped them celebrate their 50th anniversary by producing several videos. Our favorite among them was this moving montage featuring several of the best interviews we’ve captured with ALC clients over the years.

We’re used to being behind the camera, but in December, the whole team got to try something totally different: we turned the camera around, and starred in the Slow Clap holiday card video. It was a blast, and an opportunity for the team to poke fun at me, in the style of The Office.

To put a cherry on top of the year, we scored some major wins, taking home top awards at: Clutch (Top 1000 B2B Companies), the John Barleycorn Awards (Double Gold and Top Marketer of 2022), the Telly Awards (Gold in Branded Content), the MarCom Awards (Platinum in Corporate Image Video), and the Corporate Content Awards (Best Content in a Live Setting).

We’re looking forward to another great year of partnerships and challenges in 2023.