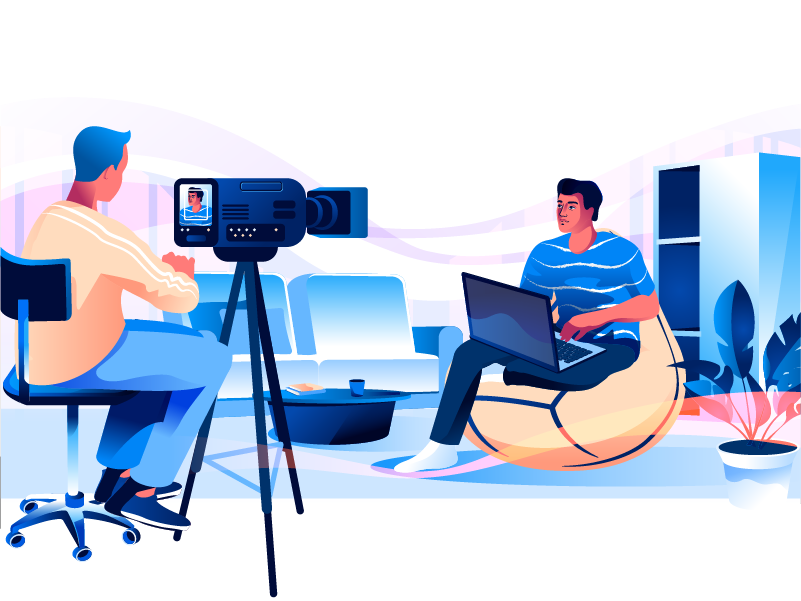 Why these five explainer videos rocked the market.

Thanks to creativity and accessibility, it’s never been easier to introduce a new product with a fresh video.

This entry discusses five of the best explainer videos, the different approaches they use, and how they can help your business.

Type “explainer video” into Google and (ironically) you’ll get a full page of sponsored ads before any explanation of what an explainer video is. So in case you’re wondering, explainer videos are commercials that focus on how a product or business solves a particular problem.

Explainer videos have become a sort of commodity, and for many businesses online, they’re the second thing they purchase, right after a Web site.

Part of the reason for their growth is the rise of technology companies. Technology allows us to solve problems we didn’t know we had – but it also creates more problems to be solved.

But they’re also popular because they’re accessible. They can be animated, live-action, or just a talking head. Prices range from $100 on Fiverr to seven figures with major agencies like Sandwich.

But the other reason for their growth is that they work. They don’t even have to be great – just good. But if you’re going to learn how to create an explainer video, you may as well learn from the best.

So today we’ll show you five of our favorites and break down their tactics into simple riffs that anyone can rock.

GitHub’s most epic explainer – created in San Francisco by yours truly (Slow Clap) – uses an emotional story to introduce the problem: a boy with musical dreams is held back by his immobile hand.

Enter heroic big sister, who plays to her strength in coding by developing a robotic hand. But there’s a twist – it’s too much for her to achieve alone. So she sends her plans out to the universe via GitHub, which enables dreamers and tinkerers and coders everywhere to work together.

GitHub is a development platform with a world-famous Open Source community. As they put it, “Small experiments, inspired inventions, and the software everyone depends on—the code you write on GitHub can reach one codebase or millions.”

Using collective effort, big sister and a variety of heroes send machines to Mars, work on engines in virtual reality, and ultimately empower little brother to become a master pianist.

The story is emotionally powerful, while the explanation is clearer than the lens of the hubble telescope: you know exactly who it’s for, and how massive its potential really is.

Come up with a powerful, emotional story. Or hire a writer to help you develop that idea. Then hire a top-notch production team to make it come to life down to the last detail.

Made by the aforementioned Sandwich agency, the Airtable explainer video puts a different twist on tackling collaborative projects: it’s told through the eyes of kids.

The kids are making a movie. And each one has big personality: a sassy director, a precocious writer, and so on. But the challenge they face is how to synchronize all of their creativity, which is visually represented as they sit in a sea of marker-drawn storyboards.

The solution is the AirTable app, which implies that it’s so easy a kid could use it – without losing a speck of their innate personality or creativity.

This explainer works because it grabs and holds your attention. The kids are sassy and perfect, the colors pop, the production is sharp, and the point is simple.

Hire a comedian or a script writer with comedic chops. Riff on ideas until something consistently gets laughs. Then, hire a professional production team like Slow Clap that regularly works with actors.

Hubspot begins with the problem: marketing has changed. It’s not the cold-calling era anymore – a data-driven digital presence is now the best path to new sales. But because that means managing dozens of platforms, it’s easy to get overwhelmed.

The solution is one marketing platform that connects you to every other platform and provides metrics on their effectiveness.

This video works so well for three reasons. First, the script is crystal clear. It’s easy to follow no matter who you are, or how much you know about marketing.

Second, the visuals are simple and intuitive. The subject of every segment moves to the center of the screen. There are no fancy patterns or distracting backgrounds. It’s the animated equivalent of a close-up, and it’s perfectly framed.

Third, the voice-over is crystal clear. The narrator is matter-of-fact, approachable, and yet compelling enough to convince the audience that this is a real problem, but the solution is also real – and within reach.

How to copy this approach

Start with the leanest script you can make. Hire a copywriter with video experience to help, if possible.

Then look for a video production company with animation experience – or just a specialized animation company.

Find out: Have they tackled tough subjects effectively in other work? You may have to lean on them to creatively provide context with visuals, so their previous work must speak for itself.

Also spend some time choosing the right voiceover artist. Not all of them can provide the right tone to match the problem and solution. And keep in mind, more than anything, the tone of the voiceover must be one that is appealing to your audience.

When closing home loans, mortgage brokers often lose significant time in the title underwriting process. The process is over a century old, and still uses much of the same snail-paced paperwork that requires dozens of signatures and long meetings.

So what if software could make that dramatically easier and faster?

States Title’s software can create legally-correct signable title forms with an 80% accuracy rate. It also informs the broker if it can’t hit that accuracy rate, letting them seek help from a title company when necessary.

So how do you explain something so abstract?

Slow Clap tackled the challenge with simple animations. Visually, millions of data points converge into one document – which is something software is made to do, better than humans. That software then does the other thing it’s best at: repeating the process as much as requested.

The video closes with a powerful question: “Can you afford to underwrite the old-fashioned way?” It declares an inevitable change in the industry but simultaneously invites you to adapt it to your advantage.

States Title depends on the creative use of visual metaphor. Find an animation or production studio that has tackled really tough abstract concepts. Work with them on a script, and then let them handle the rest.

Razor blades are overpriced. Dollar Shave Club is a direct to consumer brand, possibly the first to get big. That’s still boring though. So instead of focusing just on the price difference, Dollar Shave Club chose to mock their competitors and the absurdity of overpaying for thin strips of metal.

Easily one of the most well-known explainer videos, Dollar Shave Club’s epic breakthrough in the market was created by its founder Michael Dubin. It uses humor at its best, lining up joke after joke. And the miracle is, all of them flow together.

Humor is prized in modern culture, but it’s eternally tough to pull off. Therefore if you don’t have somebody who regularly gets a crowd laughing, we suggest hiring a comedian to help you write the video and act in it. That’s essentially what Dubin did.

But the other character in this video is the setting itself – a warehouse full of gags. To pull off both the staging and the filming, hire a professional video team so that the final product looks and feels like a funny commercial.

How an explainer video can help your business

Explainer videos can answer more questions about your product – and select your audience – faster than any other media.

To that end, you should consider adding them in the following locations: